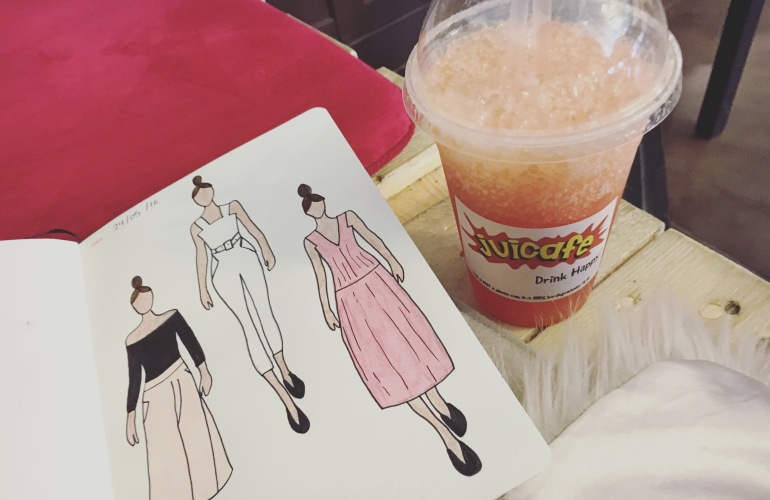 Wednesday was super lovely, could not have asked for a better day!

The latter half I spent trundling around town, as I do quite a lot of the time, exploring.

After a fair bit of window shopping, I impulsively stepped into the charity shop Barnardo’s on Penny Street, Lancaster. As soon I was in there, my eyes were drawn to a number of pieces hanging from the colour-coordinated racks.

I could not believe some of the stuff I found – I took like 10 things to the changing room. There were three items (which came to a total of £14) that I just had to have – they were all lovely and one was practically brand new.

First was a very very pale green blazer. Now this is one of those things you’d be like “my nan would wear that”. And yeah, okay, your nan probably would wear it. Lols. But, I adore it. The lapels are long-line and the pockets are towards the very bottom of the jacket. There’s just one button too, and it’s this beautiful gold one. Pretty. The only problem with this jacket is I’m stuck what will go with it. I know it’ll look good with jeans and a crop top. But, it will need a lot of effort to really pull the jacket off.

Secondly, was my H&M bargain. It’s this gorgeous, oversized gold and black top. It’s perfect for nights out as will catch all the lights, lil’ disco-ball over here.Cost me £4.99 but tbh, for a practically brand new top, that’s a bargain! Plus, it didn’t smell like an old woman!!

Third was an awesome, figure-hugging pencil skirt from Mataln – you know, like a long one of those stretchy skirts. It’s pattern looks kind of snakeskin and just needs a black top and jewellery and will be perfect for a night out! And…bargain and a half at £1.99. Oh, how I do love charity.

I also made a quick pitt stop at Topshop, checking out their on offer jewellery. I’m getting majorly in the festival spirit with download being just two weeks away, and my jewellery choices really are reflecting this.

In the end, I came away having spent £2 on two necklaces, such bargains.

One is this super cute and quirky turquoise and blue choker with a gold hand hanging from the middle. Reduced from it’s original price of £10, then to £5.50 then to £4 then to £1.50, I mean, how could I not?! 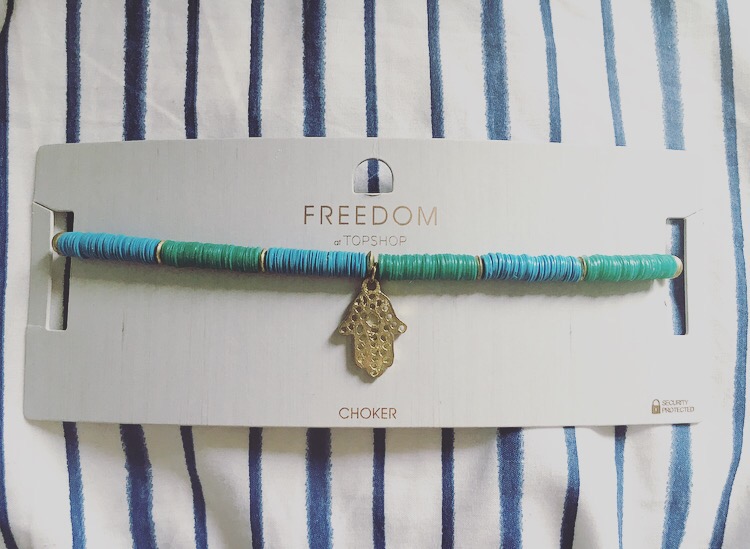 Second is this two tier necklace which is quite beautiful actually. I have so many tops that this gold duo will go with, it’ll work for both day and night time looks.

After Topshop, I headed up Market Street, Lancaster to go to Juicafe, my favourite place/cafe/juicebar in the world. I go at least once a week to the mini version on campus for a smoothie or a milkshake (that’s where all my money goes, not on clothes at all) and I am just continually in love. Regular customer for definite.

On the way there, I was stopped by a charity seller person, you know those ones you desperately try and avoid. But I gave in this time as she was complimenting my outfit, my pretty floral dress which I wore in Rouen when we visited Claude Monet’s Gardens (and house). As it was a charity shop buy, we then had a little excitable, giddy chat about the bargains we had found. She was wearing this beautiful subtle coral-pink raincoat. I touched her arm to feel it before I’d even asked and then got all embarrassed cos it was such a weird thing to do (lol).  To be honest, she then started unzipping her jacket to show me the blazer underneath that she had bought from one of Lancaster’s many charity shops. I was then too young to get involved in the charity, but she thanked me for the cute chat and moved me on.

When I eventually made it to Juicafe, I decided to go for a juice slushie, rather than something heavy like a milkshake or smoothie, wasn’t in the need to be full up before dinner time. I went for Cran-Apple, which as you might guess was cranberry and apple. So delicious and refreshing. The shop assistant even complimented my perfume, hehe gotta love good ol’ Giorgio Armani (Si eau de parfum – it’s the best). 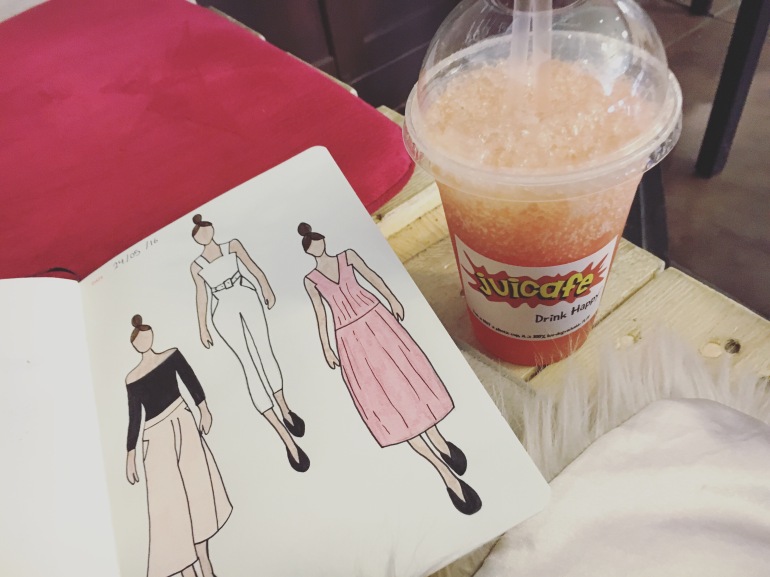 I did some sketches while I was there. If you follow me on Instagram you may have seen them already, but here they are. I usually copy outfits from my mega packed Pinterest board STREETSTYLE – follow me, @kulayrosas .

I think that’s all for now… Everything is quite busy with revision, and I need to knuckle down more than I’ve been doing, so you may not hear as much. But I sure will be making a few vlogs from Cherish next week! Let’s see how that goes, haha.